Winner of the 2022 HollywoodBets Durban July is
Sparkling Water

Sparkling Water, the lone filly running in the 2022 Hollywoodbets Durban July , won the race by an amazing four lengths in front of packed Greyville on Saturday.

The four-year-old, ridden by S’Manga Khumalo and owned by Mary Slack, enjoyed the slowish pace of the race, remained with the leaders early on before unleashing a turn of speed about 60 metres from the finish line that the others found impossible to keep up with.
Interestingly the last filly to win the Durban July was Igugu back in 2011, also trained by Mike de Kock

It was De Kock’s fifth July winner and a second for Khumalo, who in 2013 became the first black jockey to win the Durban July Handicap on the steed Heavy Metal. De Kock is now level with Justin Snaith who also has five July winners. 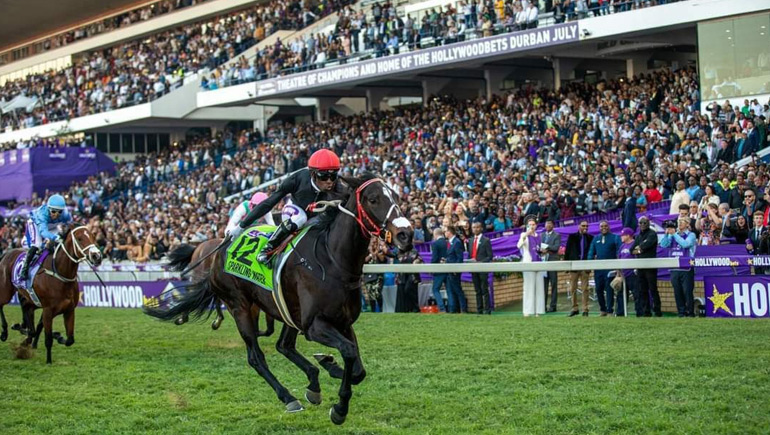 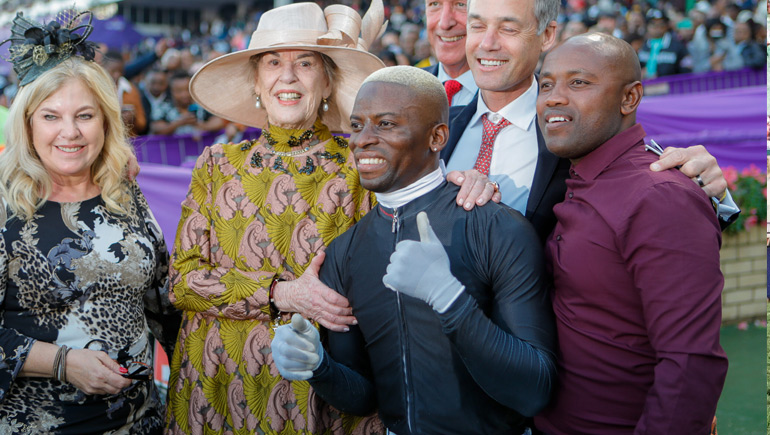